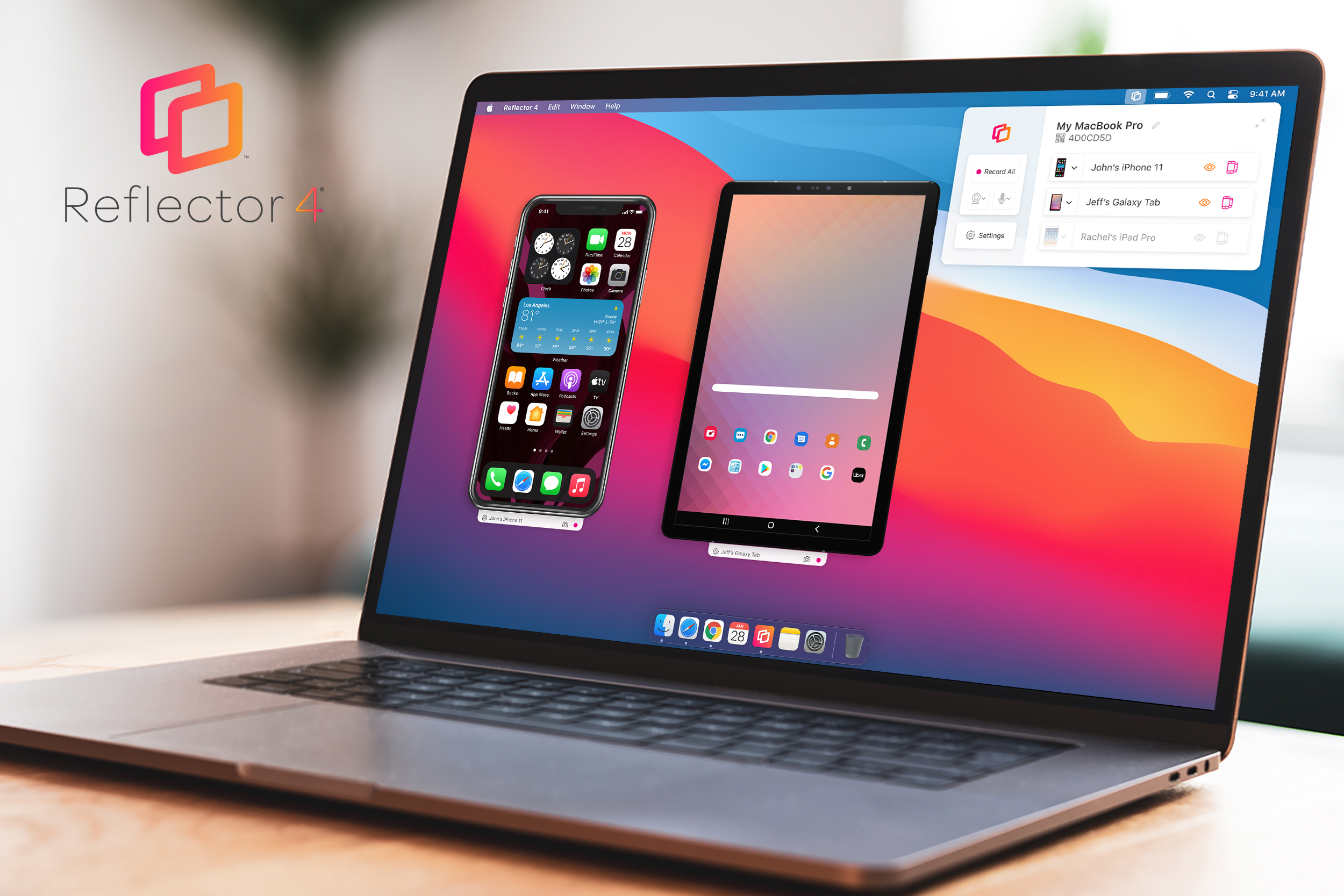 Reflector 4 is the first new iteration of the popular software receiver used by millions of people worldwide since the 2017 release of Reflector 3. Key updates include an all-new core for improved performance, optimization for the latest technology, new device frames for a more customizable content-sharing experience and a redesigned app UI for easier navigation.

“Mirroring and streaming technology needs to perform reliably without discovery problems, disruptive latency, quality issues or dropped connections,” Gould said. “People depend on Reflector to present for school and work, to display and capture mobile gameplay, to create tutorials and more.

“We used our decade of expertise in wireless audio and video transmission along with insight gained through our partnerships with high-profile technology providers to build Reflector 4. Simply put, the end result is the most powerful version of Reflector to date.”

Reflector 4 is compatible with the new Apple M1 chip, offering a performance boost with the latest Apple devices.

While mirroring to Reflector 4, users can overlay a device frame on the mirrored content to match the look of their device. This is a feature only Reflector offers.

Reflector 4 is available now for Mac and Windows. Pricing starts at $17.99/license on the Squirrels online store.

About Squirrels
Squirrels is a software-development company established in 2012 that specializes in wireless audio and video transmission. Popular Squirrels products include Ditto, AirParrot and Reflector. More information about these products and Squirrels can be found at www.airsquirrels.com.